The 77-hectare Eagle Mine Property is located several kilometres west of the former mining town of Joutel. The property is readily accessible by the same Highway 109 that runs through the JV's Douay Gold Project and connecting the towns of Amos and Matagami. 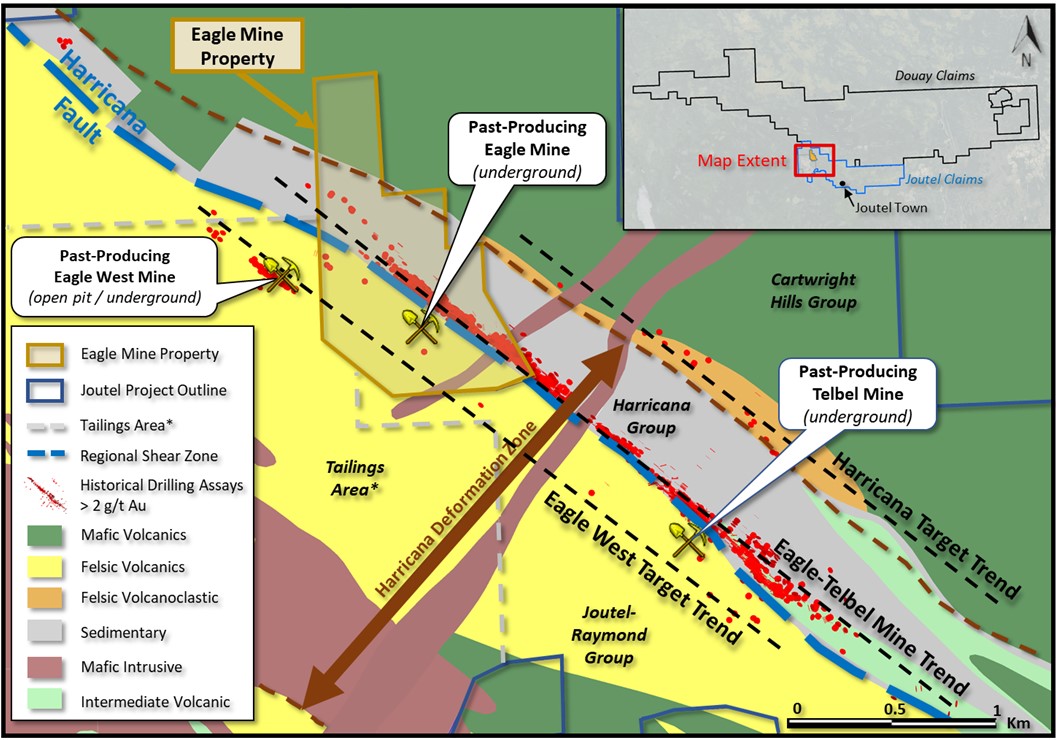 Figure 1: Plan view on regional geology base map showing location of the Eagle Mine claim along with additional target trends and >2 g/t Au results from drilling highlighted (red). 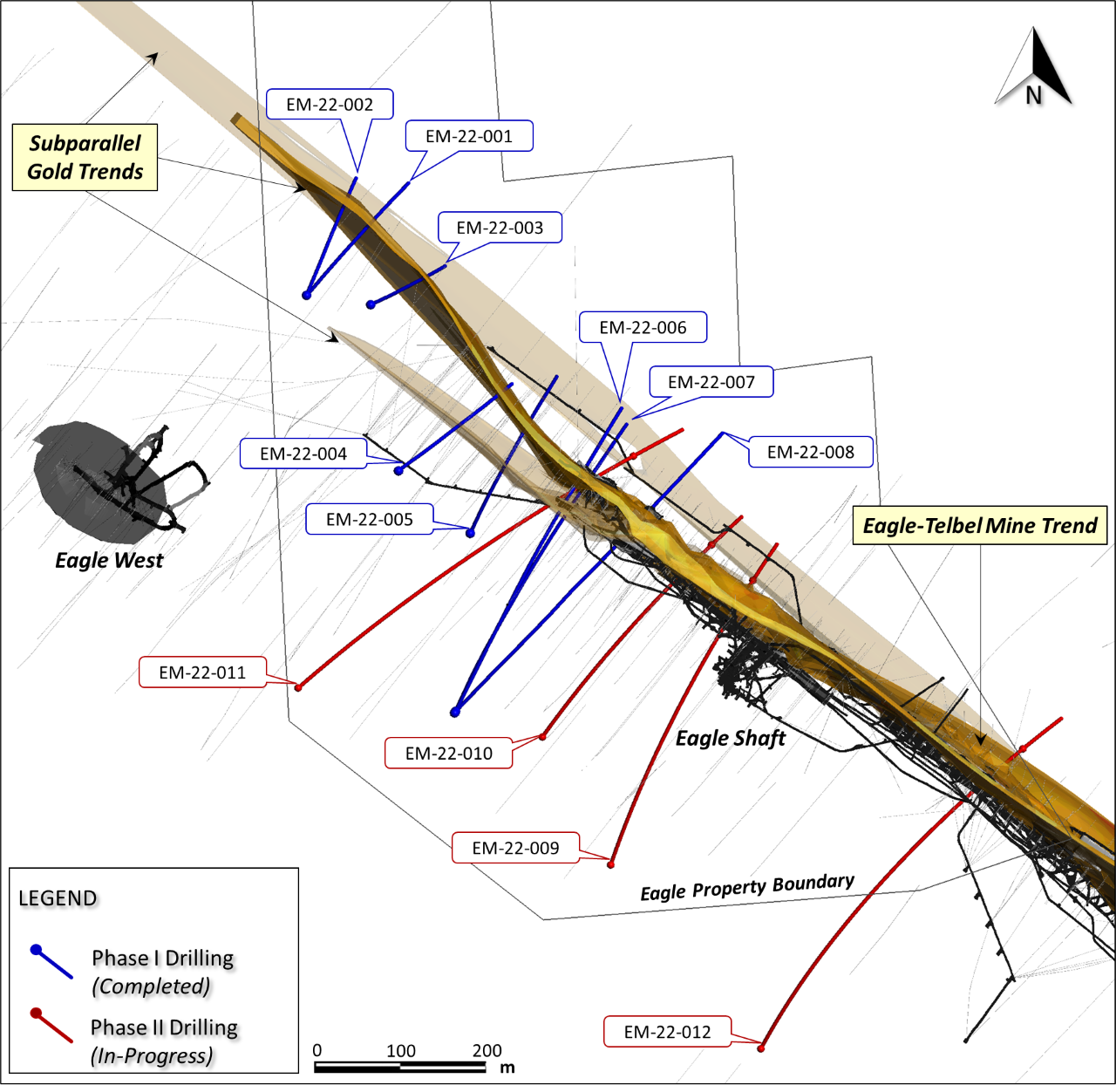 Globex drill core from holes completed between 2008 to 2015 were repatriated by Maple Gold and observed to exhibit multiple sulfide horizons, with variable amounts of associated iron carbonate and quartz, mainly within a strongly deformed sedimentary and pyroclastic package. Similar alteration and mineralization were also noted within weakly deformed subvolcanic mafic intrusives.

Maple Gold can acquire a 100% interest in Eagle by completing the following payments and exploration work over a five year period (see Table 1 below):

Upon completion of the earn-in, Globex will transfer title and ownership in the Eagle Property to the direction of Maple Gold, free and clear of all encumbrances apart from a 2.5% GMR, which is subject to a Right of First Refusal and can be reduced to a 1.5% GMR in consideration of a onetime C$1.5 million cash payment.